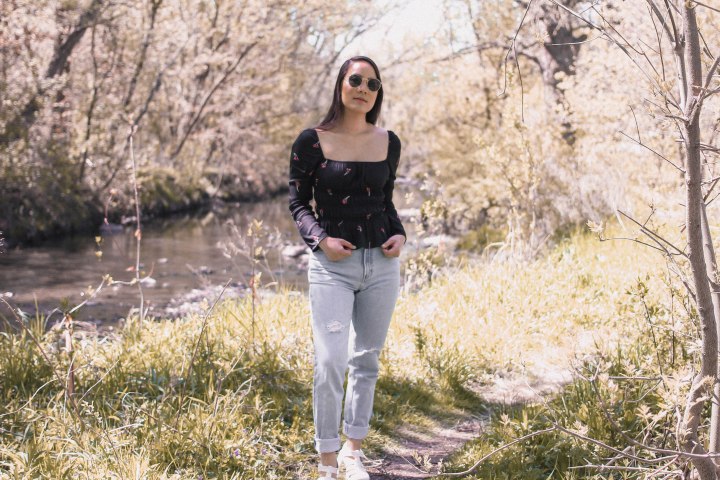 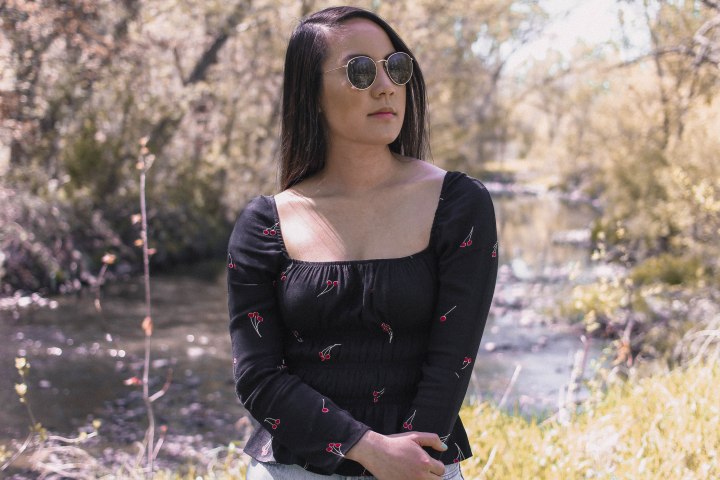 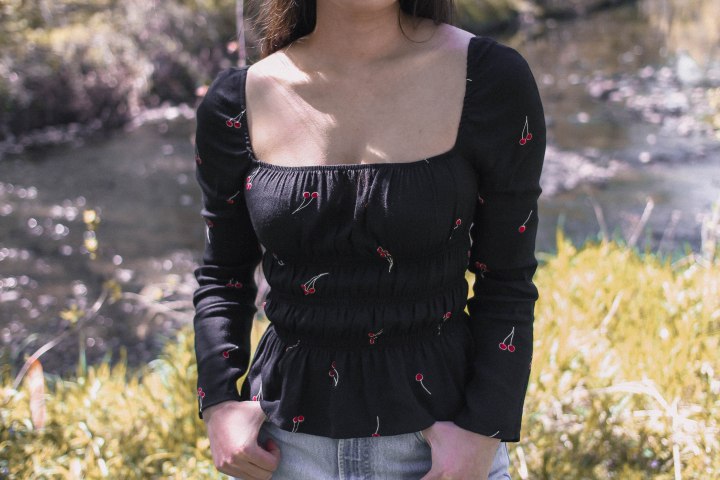 Summer weather is officially here! We’ve been blessed with hot and sunny 30 degree weather in Toronto for the last two weeks, so I’ve been taking full advantage of it by spending as much time as I can outdoors. The thing with Toronto weather (and I’m sure any Torontonian can attest to this) is that there’s never any in-between when it comes to the weather. It goes from being extremely disgusting and cold to hot and sunny within a matter of only a few weeks. The Spring and Fall seasons seem to barely exist.

A few weeks ago before the weather spiked tremendously, my boyfriend and I decided to go and try to see some cherry blossoms. We ended up going to a small little park where I heard the cherry blossoms had bloomed, and I even wore my cherry printed top to match for the pictures. After walking around the entire park twice and not seeing any of the blossoms, we decided that maybe we were wrong and there were none. We ended up driving to a different entrance of the park and low and behold, the blossoms were there! Unfortunately though, we had arrived too late in the season and there were hardly any blossoms left.  This didn’t stop us from trying to snap a few pictures in the park though. We ended up finding a spot along the trail in the shade, and on a nearby bridge to snap these pictures and I actually love the way they turned out, despite the spontaneous location!

Like I said earlier, I wore this cherry printed top from Reformation that I got while in NYC (see my haul HERE) because I wanted to match with the cherry blossoms. I love the square neckline of this top because it’s super trendy right now, but I also think it’s very flattering! It shows off the most feminine and delicate part of a woman (aka the collarbones IMO) and pretty much looks great on anyone. Of course I paired this top with some high waisted Mom jeans because what else is new. But I thought it would be so fun and playful to finish it off with these white jelly sandals! I remember wearing a pair of pink sparkly jelly sandals from Old Navy when I was like 8 years old, so when I saw these white ones a while back, I just knew I had to have them. So many memories (and also so many blisters) with these sandals, but they’re so cute and nostalgic, I just had to.

My whole idea with the song this week was to feature one that’s reminiscent of Springtime, including something to do with cherries, since that clearly seems to be the theme this week. So this week we have Cherry Wine by Hozier! Not gonna lie, when I first heard this song a few years back, I just thought it was such a pretty, delicate and peaceful Springtime song, with the birds chirping in the background and all. It wasn’t until I delved deeper into the lyrics and watched the music video that I truly understood what the song was all about.

Cherry Wine on a high level is about domestic abuse. The song and video were released in order to raise funds for domestic abuse victims around the world, as well as to shed light on this important topic. The song was written from the perspective of a man who is suffering from a physically abusive relationship. Similarly, the video shows a woman in an abusive relationship, but seemingly in love with her man at the same time. I literally teared up while watching this heartbreaking video, and I’m sure you will too. I love that not once does the video show any of the physical abuse. We all know that domestic abuse happens and is there, whether or not we talk about it.  But the video is meant to be empowering for victims, to take the appropriate steps towards getting out of such a relationship. So instead of focusing on the act of the abuse, it focuses on the victim’s world after the act, and the difficulties that they face in actually seeing themselves as a victim when they are so in love with their abuser.  Thus, showcasing the vicious cycle of domestic abuse.

Boy was I wrong when I initially thought Cherry Wine was just an easy going Springtime song. It turned out to be one of the most important and deepest Hozier songs out there. At the same time, it’s a helping hand and a step in the right direction towards making a positive change. And we always need more of that in our world.

2 thoughts on “blood is red and sweet as cherry wine”

this is your reminder to have a self care day 🧖‍♀️🧘‍♀️🛁
It’s giving “waiting for my lover to return from sea” vibes 🌊☁️💙 @showpo #showpo
Dreamiest set from the new @showpo Valentine’s collection which launches today! 💙 #showpo
🎀🖤💘
PFG boots of my dreams @newbellaofficial 🎀💕💝 you can use my code NBSJB18 for 18% off!
Happy Monday ✌️☮️🌸

this is your reminder to have a self care day 🧖‍♀️🧘‍♀️🛁
It’s giving “waiting for my lover to return from sea” vibes 🌊☁️💙 @showpo #showpo
Dreamiest set from the new @showpo Valentine’s collection which launches today! 💙 #showpo
🎀🖤💘
PFG boots of my dreams @newbellaofficial 🎀💕💝 you can use my code NBSJB18 for 18% off!
Happy Monday ✌️☮️🌸
Loading Comments...